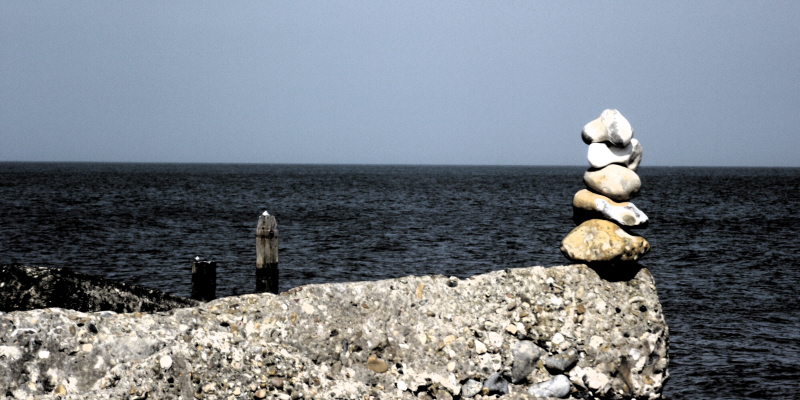 A good half day’s beachcombing with an enthusiastic bunch of people on Lowestoft’s less visited North Deans Beach.  Everyone found at least one ‘object of desire’, or a collection ‘theme’ such as holey stones or sea glass which particularly caught their imagination.  Everyone was also receptive to learning how to distinguish between amber and carnelion ‘finds’ as well as discussions about fossils and creative examples of turning detritus into ‘art’!

Oh, and some of us were so concentrated on searching for ‘finds’ that we almost missed the seal pup lying on the sand in apparent distress – although in the event s/he was encouraged back into the sea to swim away with breathtaking ease.  A beachcombing bonus!

At the conclusion of the walk I left this impromptu ‘balance’ as a memorial to the day!