You are here: Home / Blog / Being Interconnected 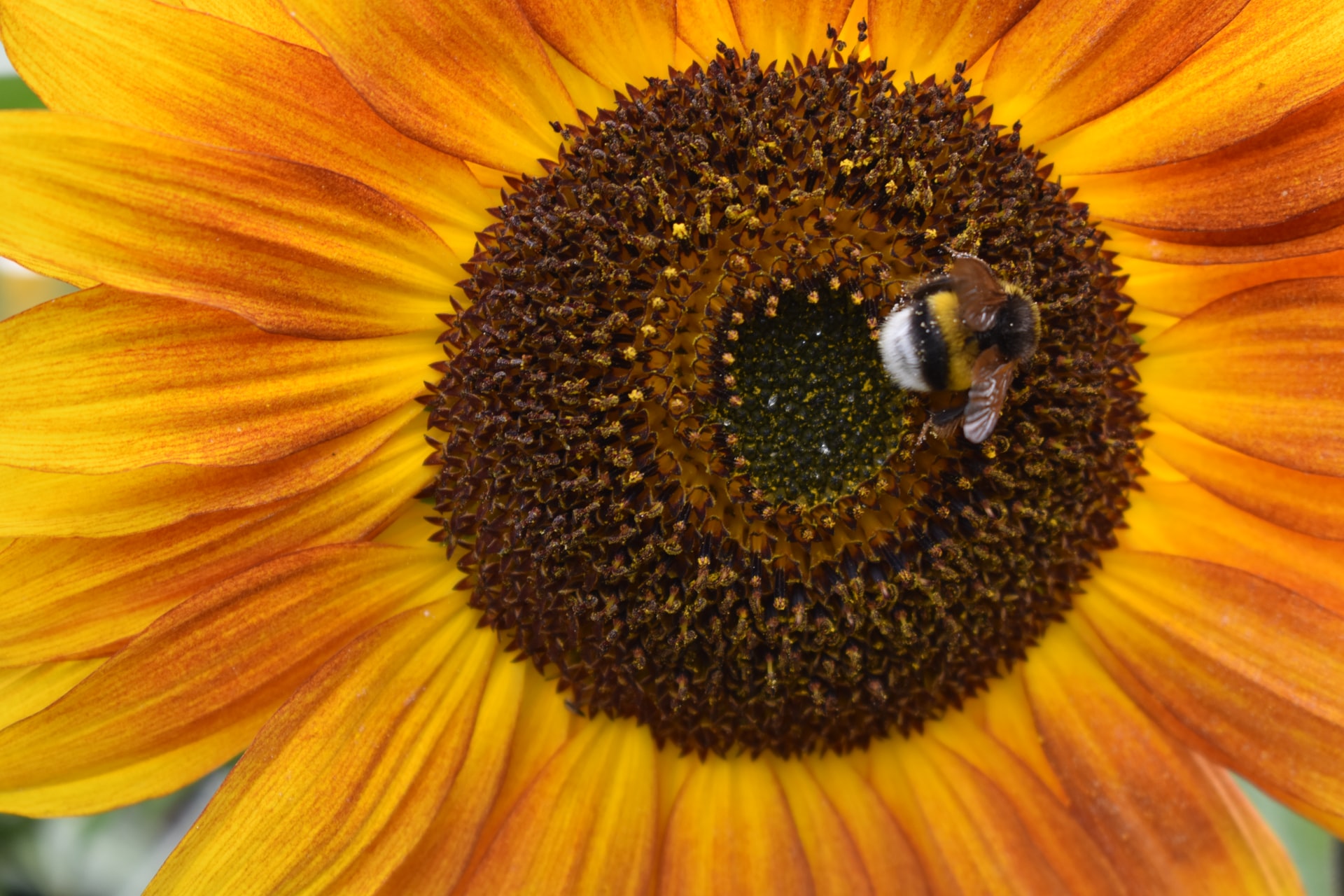 An article on recent times by our Chair, Genevieve Rudd

World Environment Day has been raising awareness and driving change for almost five decades. On 5th June last week, this year’s theme was  ‘Biodiversity’ – a theme we explore in our ‘Bugs & Blossoms’ programme (more news on that coming soon!). There are 8 million plant and animal species within the interdependent network of our planet, however, the rapid depletion of this biodiversity has us teetering on the brink of mass extinction. As the UN Secretary-General Antonio Guterres says: “Nature is sending us a clear message” and it’s our job to listen and take action.

There are things we can do to address biodiversity on a local level. If you need some inspiration take a look at the RHS article on encouraging wildlife in your garden. I’m sure most of you reading this are already a dab hand at gardening, so why not spread your pro-biodiversity habits into your local neighbourhood? Extinction Rebellion launched their #PaintTheStreets campaign this month and are encouraging guerilla gardening with sunflowers. Do you have any spare seeds which could be (safely) shared? In my garden, last year’s sunflowers have self-seeded and have produced lots of mini plants which I’m currently cultivating to transplant in my local area. Could you do the same?

As in the interconnectedness of an ecosystem, the current events that are happening – from loss of biodiversity and pandemic, to racial injustice and inequality – are woven together, and we cannot address one issue without addressing the other.

I tuned in to the first Creative Climate Chats with Julie’s Bicycle last Wednesday afternoon. Just like the “build back better” message on World Environment Day, the speaker Lucy Davies (Executive Producer, Royal Court Theatre) made the case that we have an opportunity to rethink our futures whilst we’re in lockdown. She said that our language post-COVID-19 shouldn’t be about getting back to ‘business as usual’, but that we need to focus on regrowth, regeneration and renewal. 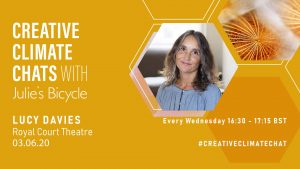 ‘Business as usual’ isn’t working and we have an opportunity to rethink.

Whilst this talk was focused on the arts & culture sector, it’s a mindset which must reach to all parts of society.‘Business as usual’ isn’t working and we have an opportunity to rethink. As an organisation, we’ve started the process of reflection and renewal through the development of our Next Generation committee, voted in at the November AGM. Whilst ‘usual’ activities have been on hold during the pandemic, the process of listening and growing hasn’t stopped. For us, this means reflecting on the interconnected layers which inform our programming, including addressing issues around accessibility, diversity and sustainability. 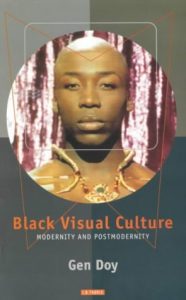 Last year, Natural England published a report on environmental justice, a theory which explores the direct relationship between environmental and social inequalities. The report found that “ethnic minorities and those of lower socio-economic status visit [green spaces] less often due [to…] accessibility” and that Black & Minority Ethnic people experience concentrations of pollution levels 12-29% higher than White British people in the UK.Those overlapping layers of enquiry are something which is explored creatively using the visual ethnographic approach: using photography to research social cultures. GroundWork Gallery, based in King’s Lynn in North Norfolk, brought our attention to Dave Lewis’ ‘Field Work’ photographic project from 2010 which explored the idea of being a ‘stranger’ in rural UK towns. Lewis found connections and commonalities beyond the initial differences around race and identity linked to place. You can also see more of his work in W&BA member Gen Doy’s book ‘Black Visual Culture’.

In the report, Natural England described the challenge of overcoming environmental justice issues as “messy”, as the problem is so multi-faceted and progress has been slow due to changing political priorities. The movement in the UK has been led with a top-down approach without civil grassroots level action, and has gained less traction here than it has in the US. I think the current international traumas could benefit from re-framing issues through an environment justice approach – recognising that “the very same processes that are degrading the Earth and its systems are also exploiting low-income, indigenous, and/or communities of colour.” [Quote from WeAct.org]

The levels of devastation to our planet and people are shocking and can feel immobilising. With this in mind, it’s important that we listen to the experiences of wider sections of our communities. We know that what is needed to work towards climate stability is an intergenerational approach which recognises that environmental impacts are not experienced equally across factors such as age, gender and race, and is therefore more akin to a civil rights movement. [See United Nations Sustainable Development Climate Justice article.] We know that people from Black and Minority Ethnic backgrounds do not experience nature in the same way as White people – being able to freely access public natural spaces without threat is a privilege. [See ‘Being Black while in Nature‘ Guardian article.] 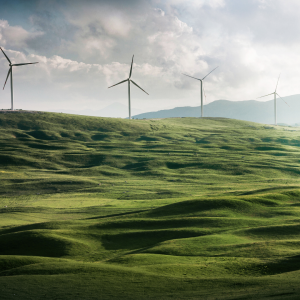 This year the COP26 – the 26th annual UN Climate Conference – has been postponed until November due to COVID-19. It’s important that the climate emergency is addressed in the broadest way so that all walks of life can answer the call to action. One such action suggested by the Climate Coalition which they are putting forward to COP26 is that “Britain should grow its forests and tree cover significantly by 50,000–70,000 hectares a year” [Quote from The CCoalition]. In November, W&BA committee members Melinda Appleby and Brian Guthrie were part of a team of local residents and families planting 2,500 trees and hedgerow plants near Walnut Tree Farm, which was the home of writer Roger Deakin [Read about it here].

I live in a small terrace house with a narrow garden, but over the past year I’ve made a home for three trees in my garden: last year’s Christmas tree, an apple and an acer. You don’t need to have a large space, but again, don’t just think about your own garden, what can you do in your neighbourhood? Are you linked with a school or community group with land? The Woodland Trust are open for applications to be given saplings to plant in November. You can read more about this initiative here. As schools and groups start to reconnect over the coming weeks and months, this could be a celebratory action which looks towards a positive future, helps support biodiversity and can bring communities together.

What can you do in your community to inspire change? How can we bring everyone along with us? If you have examples of positive actions happening in your area around community, creativity and climate, I’d love to hear about it! Email newsletter@waveneyandblytharts.com to get in touch.