You are here: Home / Blog / Blog: Feeling an Ancient Heat in the Blyth Valley 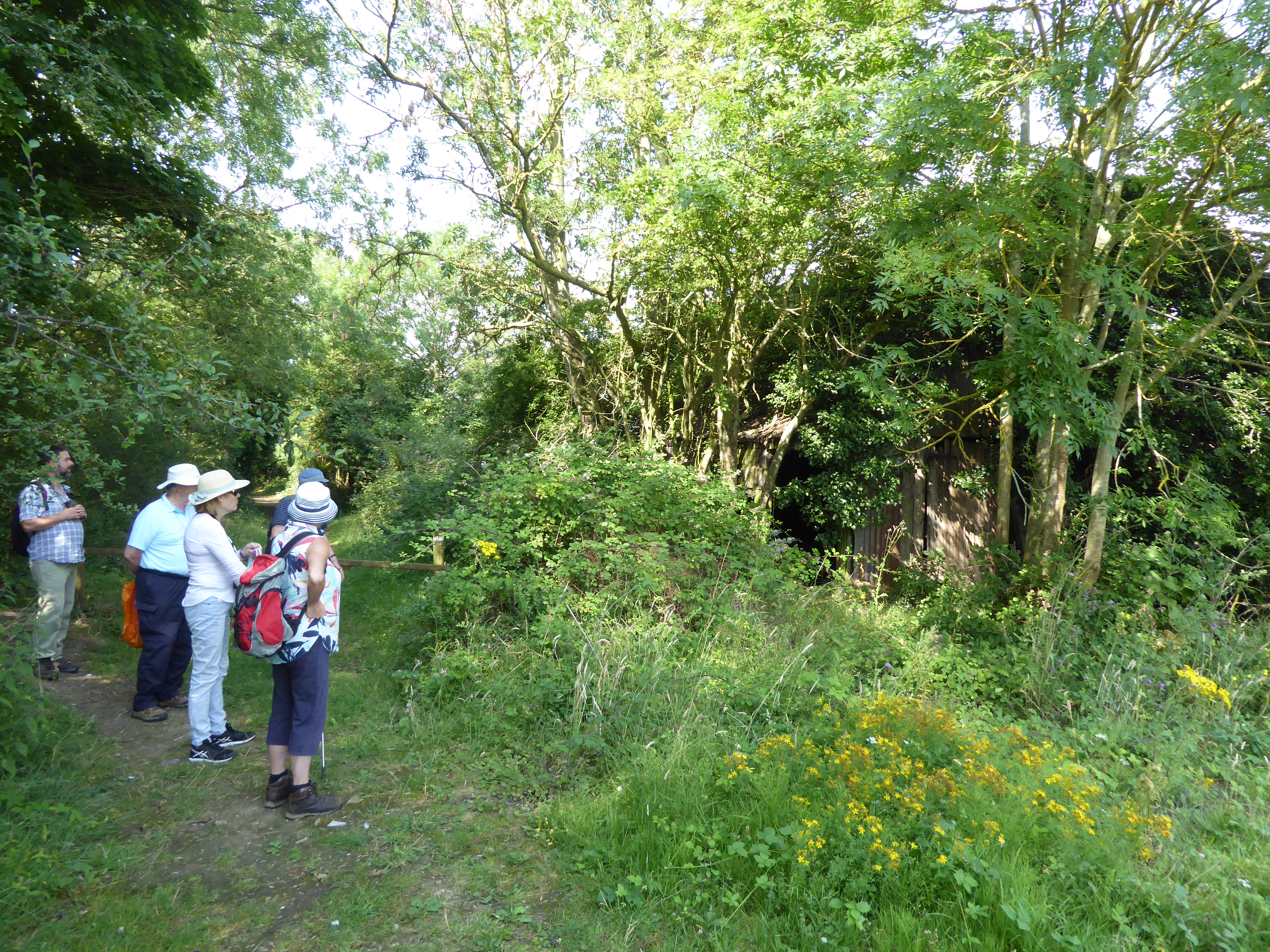 On what turned out to be a record breaking hot day, 7 intrepid adventurers set out to acquaint themselves with the quiet serenity of the little-walked Blyth Valley footpath. The original objective was to walk the whole path from Blythburgh all the way to Halesworth in order to ‘scope’ ideas for what should be included in a possible official Trail with information available to encourgage much greater use of this wonderful right of way through time and space. In the event it was decided only to walk the first third of the footpath from Blythburgh to Blyford and conclude at the delightful watering hole provided by Blyford’s Queen’s Head.

The walk was led by Simon Raven, an inveterate project facilitator, ably supported by Adam Burrows of Natural England and (although physically absent) Vic Gray of the Halesworth & District Museum. Vic provided well researched and illustrated information on heritage aspects of the valley while Adam responded to the river, its landscape and ecology, all in the moments of what we actually saw.

We learnt something of the strange history of the ‘Cathedral of the Marshes’, and in particular it’s connection to the late C19th Arts and Craft movement which rescued it from what would otherwise have ended in dereliction. Next we talked about the narrow-guage railway that once passed along the valley to Southwold with stopping off points which included the village of Blythburgh. It was then the turn of the river to become the topic of conversation – everything from the creation of the Navigation linking Halesworth’s maltings to the coast to its eventual demise owing to the activities of local landowners anxious to confine the river as much as possible in order to maximise the agricultural potential of the land – thus gradually silting up the river and slowly strangling the wherry trade. We marvelled at the herd of Red Pole Cattle and flock of Suffolk Sheep seen grazing the meadow and heathland, and talked about the swans, little egrets, otters and mullet that still swim in the flowing waters of the river. Simon described the little-known but seminal C7th battle of Bulcamp fought between the local Christian King Anna and the poweful marauding warrior King Penda of Mercia. Finally we stopped in sight of the impressive Bulcamp complex to hear about its history as a House of Industry, then Poor Law Work House and subsequently life as a Cottage Hospital and finally its present incarnation as a residential upmarket housing complex.

By this time, two hours into the walk, the heat was feeling more oppressive and so we took the final section of the walk at a smartish pace to arrive at The Queen’s Head in time for a sitdown and a well-earned drink or two, or three! Despite the heat everyone seemed to agree that it had been well worthwhile, and some even suggested that they would like an equivalent guided opportunity to explore the history and ecology of the remaining unwalked section to Halesworth – but perhaps at a cooler point in the life-cycle of the year!

PS. And it should be mentioned that the walk was only made possible by the invaluable 99A bus servide which neatly coincided with the end of the pub break to take some of the party back to their starting point in Blythburgh.