You are here: Home / Book news

There’s an unexpected bonus for admirers of the Suffolk nature writer Roger Deakin – a book written by Roger’s son and the present owner of Roger’s home. Life at Walnut Tree Farm details Roger’s work restoring the house, outbuildings and land, and brings the inspiring story uptodate. It includes some 250 photographs, including pages from his diaries and notebooks. 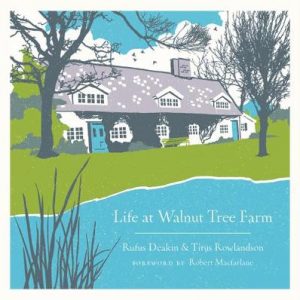 Life at Walnut Tree Farm is published by Head of Zeus at £20 and has a foreword by Robert Macfarlane. Roger Deakin died in 2006. 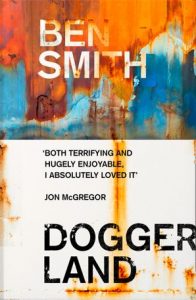 Members may remember the big W&BA Doggerland project in 2015 – about the prehistoric settlements that lay between us and Europe before the sea moved in. Our interest was in both its past and the artistic resonance of its present, and the project culminated in a day-long event with the academics and artists involved. Then this March, we had a hugely successful morning at the Halesworth Cut when local author Julia Blackburn and anthropologist Hugh Brody pursued the subject, focusing particularly on Julia’s wonderful recent book, Time Song – Searching for Doggerland, which she started researching after coming to our event..

Well Doggerland has surfaced again. It’s the title of a novel by Ben Smith, a creative writing lecturer and poet based in Plymouth. His speciality is oceans, climate change and the ‘Anthropocene’. Doggerland has garnered some great reviews and Jon Reservoir13 McGregor ‘absolutely loved it’.

In a neat literary connection, Ben Smith and Julia Blackburn discussed their joint interest in Doggerland on Radio 4’s Open Book on 23 May (on the programme’s website and BBC Sounds).

And the plot thickens: not of the books, but back in real life. British and Belgian scientists have been using seabed mapping to produce, they hope, the first detailed 3D charts of the rivers, lakes, hills etc of ancient Doggerland. One of the expedition’s leaders is the archaeologist Professor Vince Gaffney… yes, one of our collaborators in the 2015 project. https://www.theguardian.com/science/2019/may/08/mapping-begins-of-lands-lost-to-north-sea-during-the-stone-age.

And on 17 April In Our Time on Radio 4 featured a discussion about this sort of exploratory work  (on the programme’s website and BBC Sounds).

A book, endangered birds, drawings and a film 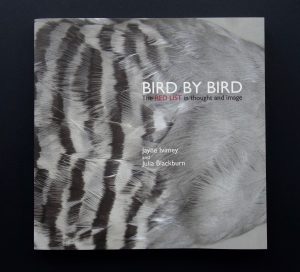 Jayne Ivimey is a multi-media artist, film maker and now publisher, with endangered birds an important focus of her work. Visitors to the first Waveney & Blyth Arts sculpture trail in 2015 may remember seeing Jayne Ivimey’s clay birds – modelled on 70 birds whose survival as species are threatened. Such Red List birds include some as familiar in name at least as sparrow, cuckoo, nightingale, skylark, corncrake, lapwing, herring gull and starling. Her biscuit-fired seabirds were on display at the Halesworth Cut in June and July in an exhibition entitled Land and Sea.

That theme is picked up in a book published by Jayne Ivimey. Bird by Bird: the red list in thought and image has photographs both of museum specimens and their clay effigies. The text describes how Ivimey came to write the book, but is also something of a meditation about the environmental crisis and its significance. The writer is distinguished local author Julia Blackburn, whose latest book, Time Song: Searching for Doggerland was showcased recently by Waveney & Blyth Arts (as a prelude to our Two Rivers book festival). It is available from the Halesworth bookshop (or direct from jayneivimey@gmail.com) price £10.