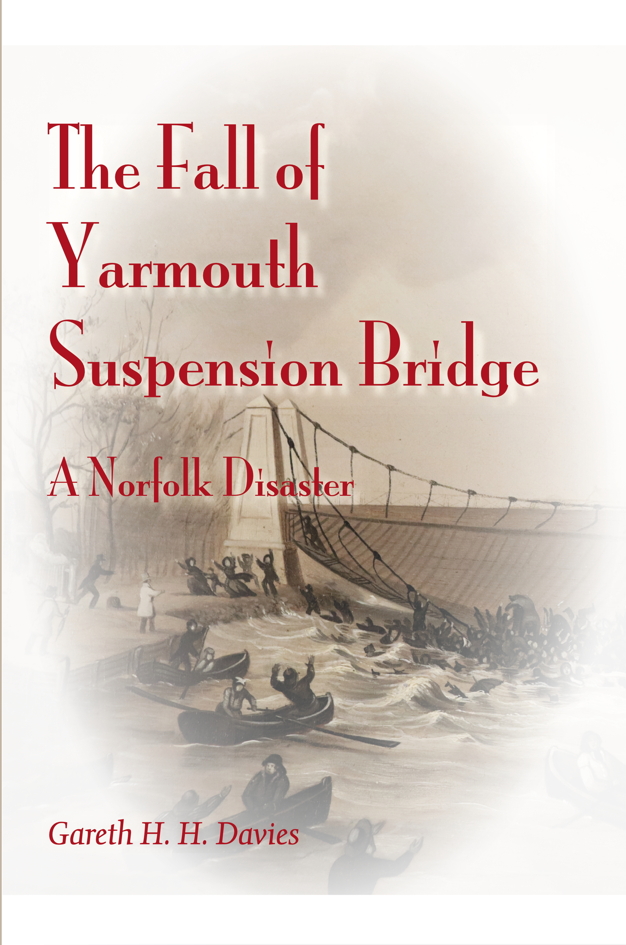 It was a cold Friday 175 years ago when people gathered on the banks of the River Bure in Great Yarmouth to witness the sight of Nelson the Clown perform his much-vaunted stunt of being pulled in a washing tub by four geese. Three years before, in Perth, he had drawn a larger crowd that Queen Victoria’s visit to the town a couple of months before. It had rained heavily in the morning and many of the mothers, with their children, had brought their umbrellas in case there might be a swift downpour that afternoon. The day was to become infamous in the history of Great Yarmouth when 78 of those poor souls were to lose their lives in the freezing water.

Gareth H.H. Davies’s book, The Fall of Yarmouth Suspension Bridge: A Norfolk Disaster is reprised on the 175th anniversary of the disaster. Acknowledged as the definitive account of this terrible event, it explores the social, economic and political context of 1845 and considers the legacy and memory of the disaster up to the present day.

Priced at £10.95 + £2.95 p&p it is available online from www.poppyland.co.uk while local bookshops are closed.