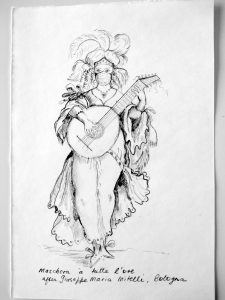 April 6-11th I had planned to be in North Italy, flying to Verona and from there taking train trips to visit Vicenza, Mantua and Padua, and with a bit of luck a Palladian Villa by public transport, which might have been a bit of a challenge. In fact due to the situation in Northern Italy and elsewhere, of course I never got to Northern Italy and all the museums and historic buildings were closed.

I hadn’t made any work for months, as felt rather low because of frequent rejections. However partly as some kind of sympathetic connection with the situation of the people in Northern Italy, and the wish to get something positive out of my non-existent artistic trip, I started to do some virus drawings of works I had either seen last year in Northern Italy, or which I would’ve seen this April. These included works by Mitelli (Bologna), Giotto (Scrovegni Chapel Padua) and Guilio Romano (Palazzo del Te, Mantua). 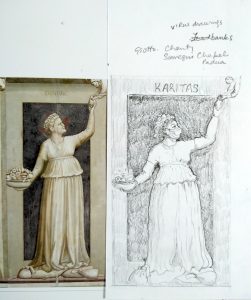 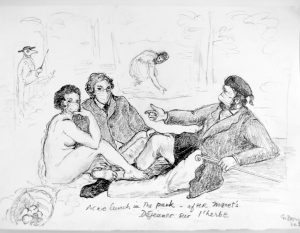 Having finished these, which really helped lift my mood of disappointment at the cancelled trip, I then started a short series of virus drawings based on other artworks, eg. Gainsborough’s The Morning Walk, Bruegel’s The Beekeepers, and Manet’s Luncheon on the Grass. 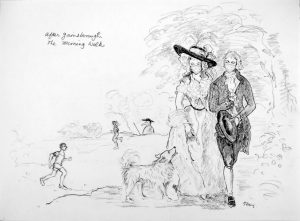 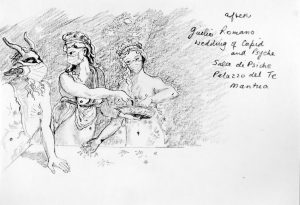