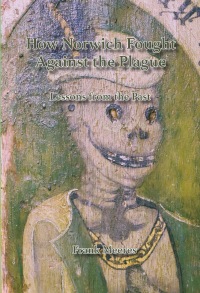 Poppyland has two new books to whet your appetite for Norfolk history.

How Norwich Fought the Plague: Lessons from the Past is
Frank Meeres’ exploration of plague in the city in time past. His close examination of the surviving records shows that the ways in which the city aldermen tried to contain outbreaks in the past do not differ that much from today’s pandemic—isolation, lockdown, shielding, movement restrictions and the closure of places where people might gather were all employed.

At only £9.95, it provides an excellent example of how history repeats itself. 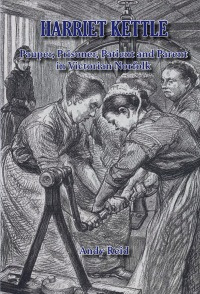 and Parent in Victorian Norfolk, by Harriet Kettle, looks at the grittier sides of life in Victorian times through the story of a girl who became a rebel against authority. With the death of her mother and her father transported to Australia, Harriet grew up in the workhouse. When older she became a sex worker in Norwich. Getting into trouble she was imprisoned several times before being diagnosed with ‘moral insanity’. Spending periods in both the Norfolk County Lunatic Asylum and Bethlem Hospital in London, she eventually settled down in Toftwood. Disputes let to her assaulting the local schoolmistress and taking her neighbours to court. A survivor, in old age, she died where she had been brought up, in the workhouse.
Priced at £10.95, the book provides a salutary reminder of how hard it was for those without much when judged by the attitudes of their day.

Both are available at Poppyland Publishing