You are here: Home / Blog / Walking with Otters 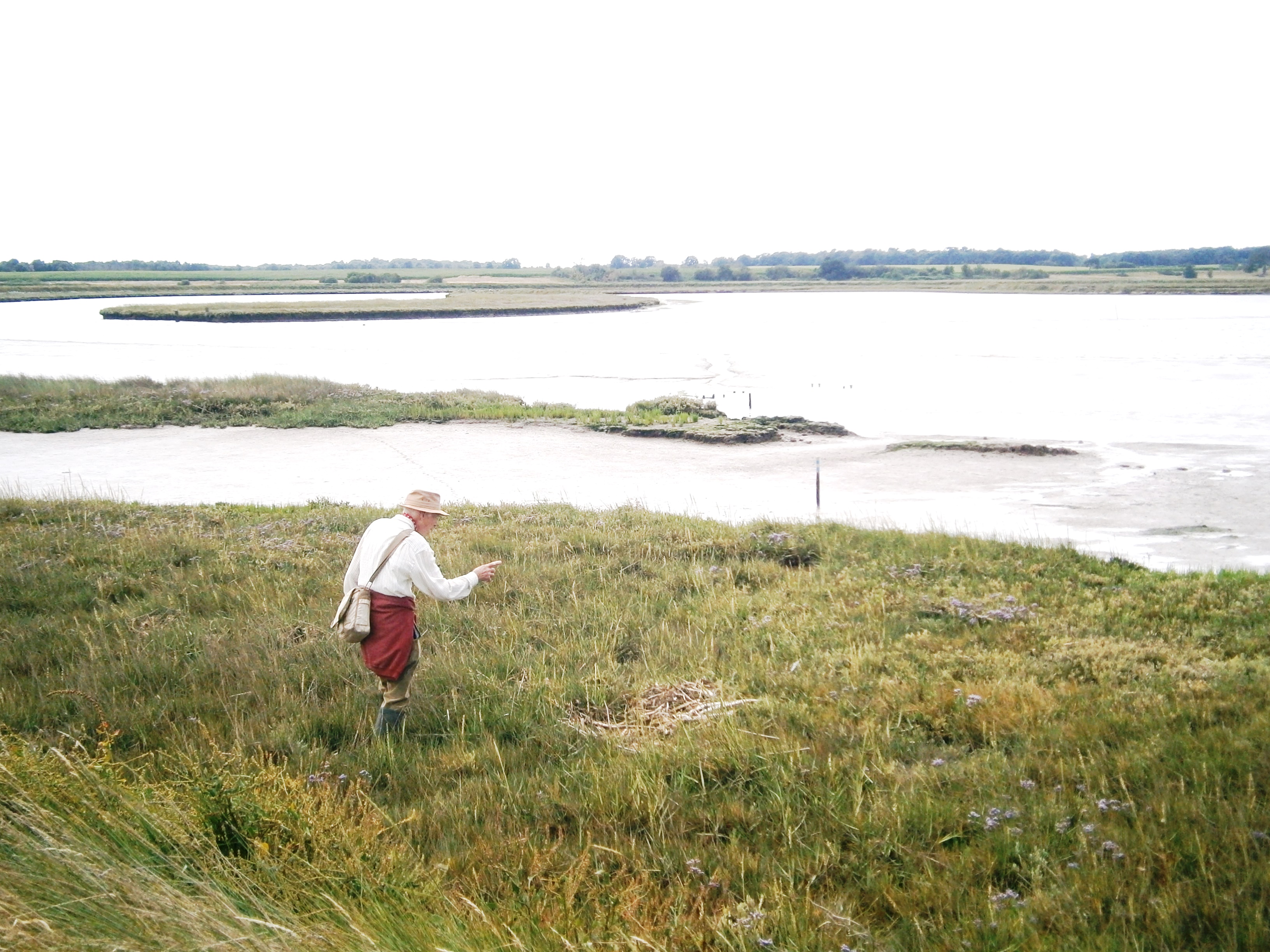 A July day after rain. Tide ebbing along the Blyth Estuary. We are here at Suffolk Wildlife Trust’s Hen Reedbeds reserve in search of otters. It is seventeen years since this reserve was created as a haven for bitterns. We start at the Wolsey Bridge viewpoint looking out across the reedbeds,; four marsh harriers circling low; a hobby flashing behind across the heathy soil. Les Tarver, volunteer warden, explains just how special the site is, tells his own story about encountering a family of otters in broad daylight at the place where we are standing, (and shows us where the hairy legged mining bees are nesting in the car-park).

This is otter country. Secretly, stealthily, hunting across mudflats and through eel rich waters, the otter has adopted the Blyth Estuary. How do we know they are here? We will spend the morning in the company of Meg Amsden, who is recording signs of otter through footprints, slides, tunnels and spraints, and learn to read the landscape and find signs of otter.

First though, with Waveney & Blyth Arts focus on arts and landscape, we share readings about otters – Roger Deakin, writing in Waterlog about meeting an otter in the Waveney and Miriam Darlington, in Otter Country, recounting her countrywide search for the otter.

Meg explains the background to the otter surveys.

“I got up early one October morning two years ago to film the mist over the estuary, as the tide was going out.  Seagulls and crows were making a din. I ignored them at first as I struggled in vain to capture the mist, then gave up and turned the camera, still running, towards the birds. Into frame, running from pool to pool, submerging, fishing, swimming, loping across the mud, came an otter. I watched it till it disappeared into the river. It felt like a moment outside time, like a gift, a message that had to be listened to. I sent the two and a half minute film to a friend who passed it on to Richard Woolnough, a local naturalist, who was waiting for the incentive to start a Blyth Valley otter survey group. Within 10 days we met up for the first time, and have continued to meet; to learn how to identify, collect, clean and analyse otter spraint, to look for other evidence of their presence, and to try to extrapolate from our research how they live.”

Walking through the reedbed towards the Wolsey Bridge we share otter stories. Around half the group have seen otters in the wild and later in the morning Meg records people’s memories and observations. But first, we straggle across the road and up onto the estuary wall.

Beneath us the mud glowers under a dull sky; redshank and curlew, pacing out on the receding water, whistle and call into the wind. We look at the doodlings of the early morning’s visitors – waders picking their way in search of food, a fox crossing from a tufted island towards the safety of land, and then the unmistakeable five toed trail of the otter, with an incised line where its tail has caught the mud. Here Meg points out a regular crossing point, up from the estuary, over the wall and down into the reedbeds and shallow pools behind us. 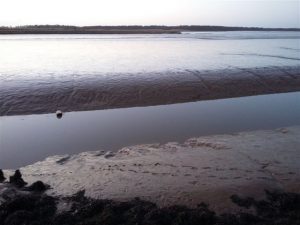 We walk immersed, in the sights and smells of the estuary, to a known otter crossing and here we find fresh spraint. Meg explains the intricacies of the otter’s diet and digestive system leading to these characteristic otter droppings, once smelled, never forgotten. It has been likened to jasmine tea. We read Roger Deakin’s account of his morning on an animal tracking session where he delighted in the ritual of handing round the otter ‘poo’ and wondered what an otter would think of forty humans “queuing to lie full-length on the bank and sniff small dollops of poo, making appreciative sounds.”

Meg passes round otter spraint in a magnifying jar so we can appreciate the exquisite small bones which are key to an understanding of otter diet. Walking onto the far curve of the estuary wall we look for further otter signs before back tracking to the road and a clear tunnel from the reeds which reveals the best otter spraint of the day.

We end the morning with a cup of tea and a stack of field guides, sharing thoughts about otters.

Otter books we read from: