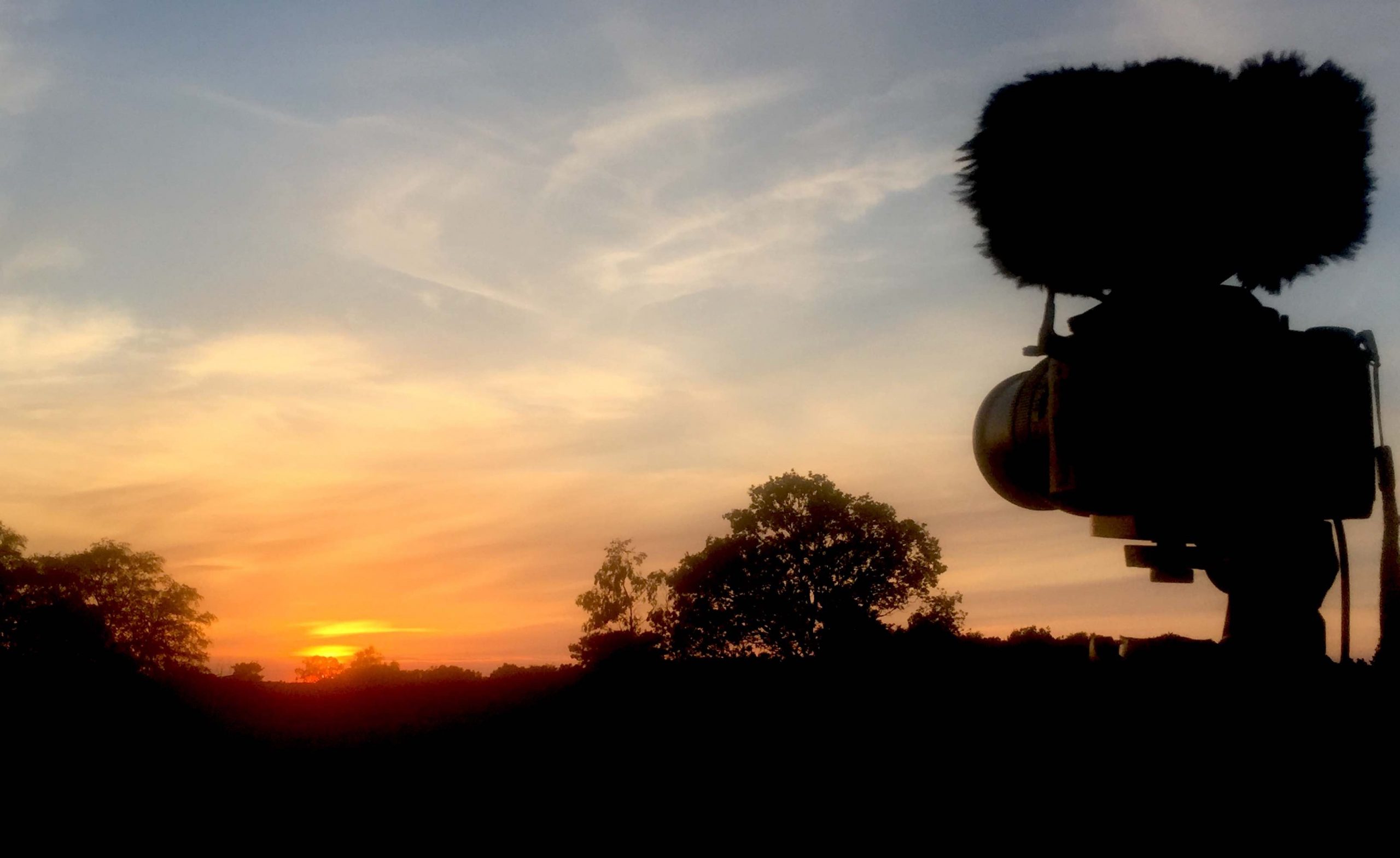 A ‘Slow TV’ video in three chapters detailing The Sunset, The Gloaming and The Light Summer’s Night.

Nightingale. It is all about the Nightingale. I have recorded them at Bridge Wood next to the A14, at Aldeburgh next to the main road by the golf course and in the woods near Hatcheston but people, including Alex Bass of Local Birding, kept telling me that if I wanted to hear Nightingales I should go to Westleton Heath.

I have been making SoundHide installations since 2015 where I made the original straw bale hut for the Waveney and Blyth Arts Sculpture Trail at Earsham. Last year I created the SoundHide Cinema at Raveningham where the audience could watch the sunrise at Suffolk Wildlife’s Carlton Marshes and hear the incredible dawn chorus there, in a converted caravan lined with sheep’s wool. My plan for the Potton Hall Sculpture Trail was to do a soundscape of Westleton Heath and play it in the caravan as a SoundHide with no visuals but COV-19 put paid to the trail. It also curtailed my recording plans during March and April.

Once lockdown was eased and I was able to travel a bit further, I decided I would go to the heath and record in the evening and nighttime because as well as nightingales in the woods, Westleton Heath is home to nightjars. These are amazing birds that you mostly hear. Their song is described as churring and they clap their wings in flight. This is all to establish territory and find a mate – sound is important in the dark.

On my first visit I discovered the woods were seemingly full of nightingales though I suspect it was two males competing for territory and a mate. I also heard blackcap, song thrush, robin, wood pigeon, a family of long tailed tits and a cuckoo. One notable night the cuckoo was joined by motorbikes which seemed to be circling the heath for hours. I didn’t use them in the final piece but you can hear a clip on my SoundCloud account.

I have made a 45 minute video of the sunset and the light sky after sunset. Initially I have split these into 15 minute chunks to highlight different species as they come out. I will release a full 45 minute version eventually but  for now the Chapters are being  released on Fridays.