You are here: Home / Blog / Beyond Sculpture in the Valley, the silent auction at Potton Hall 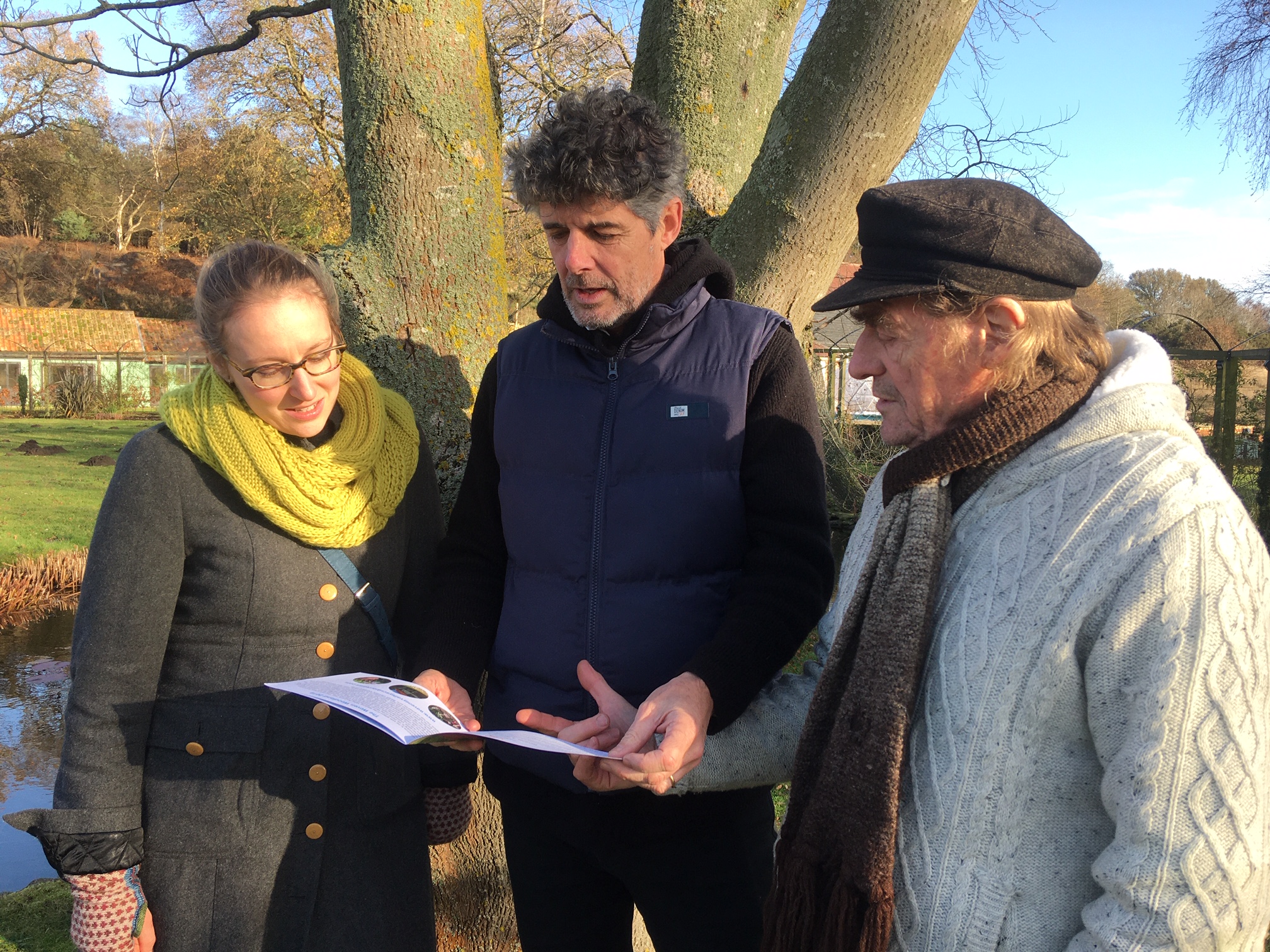 Sculpture in the Valley at Potton Hall on the edge of the Blyth Valley was a dramatically different venue to our previous homes at Earsham and Raveningham in the Waveney Valley.  The area immediately behind the coastal Sandlings region of East Suffolk is one of sloping landscapes, dense woods, flower meadows, little streams and open heathlands.  Potton Hall’s 10 acre site gave access to all aspects of this diversity and the creative installations – sometimes consciously but also perhaps unconsciously – responded to this variety in form and shape.  What emerged for me was a feeling of creative generosity from the 40 participating artists, whether in the form of conceptual, abstract or figurative art, all of which were well represented.

Something else that emerged over the period of the exhibition was the involvement of other creative disciplines, 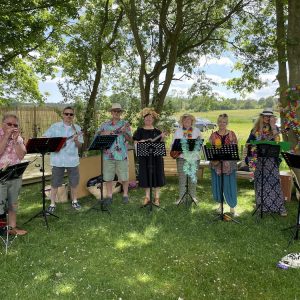 something to which we have not given too much thought during earlier Trails.  True, Mel Horwood has run dance workshops at previous venues, but the one that she organised at Potton Hall ended up being particularly expressive – even therapeutic – for the smaller number of participants involved.  Members of the Suffolk Poetry Society also came together to compose and perform in situ poems written directly in response to the artworks which affected them, with startlingly original and moving results.  Finally, and for the first time, we contacted local musicians to come and informally busk near the café in order to create more of an ambiance, especially at weekends.  Their contributions were quietly appreciated by customers and passers-by alike, and the musicians themselves enjoyed the opportunity to strut their stuff after such a long period of not being able to play for live audiences.

Another important aspect was the willingness of Waveney & Blyth Arts’ members and friends to give generously of their time and energy to help manage the resulting ‘show’.  I calculate that somewhere in the region of 55 volunteers gave more than 500 hours over a period of four weeks and five weekends.  And these figures do not take into account the enormous number of paid and unpaid hours spent in preparing for the Trail – meetings, phone calls and emails; contacting artists; booklet design and marketing activity; making technical alterations to the website box office; preparing templates for recording daily actions, bookings and sales; preparing information and safety notices and numbered posts; organising volunteers and researching the constantly changing Covid requirements.  It was an enormous effort!

And what do we have to show for it?

Well, most importantly the pleasure of receiving a huge number of positive comments from visitors, all of whom commented on the quality and variety of the art works and the beauty of the setting.  This translated into ticket sales to nearly 2,000 visitors as well as one of our best sales of artworks since our Trails began – good for W&BA and good for the artists who sold their work!  And also good for John and Priscilla Westgarth (our hosts at Potton Hall) who benefitted from a massive increase in visitor numbers, especially to their Yurt Café, with the result that they experienced a significant increase in footfall and café sales.

However, the exciting news is that John and Priscilla have decided to offer interested artists an extension to the sculpture trail in the form of a ‘Silent Auction’.  This is taking place over the next two months ending on 12th September when sales will be confirmed to the highest bidders above the artists’ declared reserve prices.  In the event 20 artists showing 35 sculptures/installations are taking part in this arrangement which will include new works in addition to ones already previewed during Sculpture in the Valley.  So, tell your friends and neighbours about this extension and encourage them to discover the delights of Potton Hall and experience the continuing ‘afterlife’ of all our creative efforts!

Site Manager for the Trail