You are here: Home / Blog / Looking Out 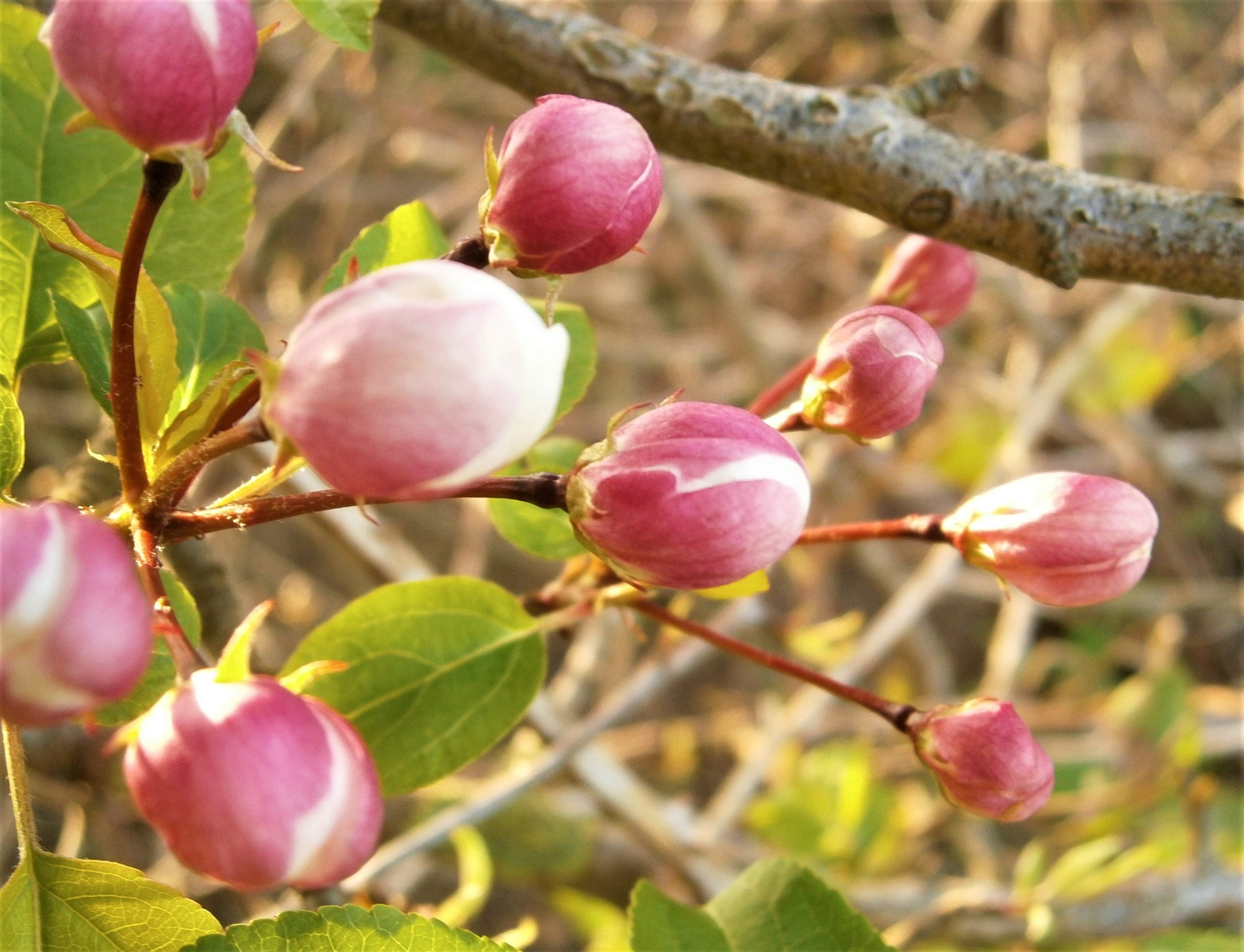 Looking Out April 2021 by Melinda Appleby

The Fattening of the Buds

Gradually as spring nears the trees change. I call it the ‘fattening of the buds’ when flowers
and leaves begin to swell and break from the winter skeletons and there is less sky between
the branches. With the sudden warm weather at the end of March it seemed as though the
pulse of the land was quickening. Shirt-buttons and goose-grass sent up their spirals of leaves
through the drying mud. Now cow parsley inches up visibly in the lane. Everywhere life is
returning and with it hope.
Chiffchaffs arrived on 19 th March, tentatively tuning up in the buffeted trees. Blackcaps
followed with a short song on 29 March but now all is busy and the song is building from
wood, garden and hedge. April is a month of firsts. Our summer migrants gradually arrive –
swallows, house martin, willow warbler, whitethroat and cuckoo. The first Brimstones have
brought a splash of yellow – like daffodils in flight. Peacock and Small Tortoiseshell are
warming up and even the bats are busy in the dusk, click-clicking along the hedge and over
the pond.

The long cold winter kept toads in hibernation so our toad patrol is still out as. Just before
March ended I sat by the village pond watching stars rise and mallard paddling in pink rippled water. It was the night of the Wolf Moon. By 8pm toads were emerging purposefully
from their day-time rest. I have read that toads co-ordinate their emergence during the waxing and full moon so they arrive at their courtship sites together. Now warm days echo with their squeaky song and the deeper call of frogs. But they are in decline. Our toad patrol regularly collected 600 in a night but this year we have only found around 140 since collecting began.

April brings with it such a bounty of song. The dunnock is the first up warbling its little trill
from the top of the hedge, then blackbirds join in and a faraway thrush. Even the chaffinch
cascades its song down from the cherry whose blossom is beginning to break.

The National Trust is hoping to catch people’s imagination with an emphasis on blossom this
spring. Taking inspiration from the Japanese celebrations (Hanami), the Trust has launched a
website for people to record their first sight of blossom. And blossom circles are being
planted to create green spaces in towns and provide uplifting sights and smells. The Trust
quotes Professor Richardson from Derby University who said that ‘spending a few moments
looking at and enjoying blossom can have a surprising impact on feelings of wellbeing.’

Blossom provides a lifeline for bees and butterflies as they emerge and we have had queen
bumblebees of several different species already out foraging – early bumblebee, buff-tailed
bumble bee and red tailed bumblebee like little drones humming into sight over early flowers:

Look, look, a bee, big as my thumb
see her work the lavender flowers,
a buzz so deep it’s your teddy bear’s
growl. She’s striped black and yellow
with her buff bottom. And here small
black bears, bees with red bottoms…
From Looking at Bees by Melinda Appleby

April is a month to look forward, to see detail as it changes daily, to take hope and creativity
from the arrival of colour and song in our environment. Perhaps one of the most loved and
joyful April poems sums it up: – Home Thoughts from Abroad by Robert Browning

Oh, to be in England
Now that April’s there,
And whoever wakes in England
Sees, some morning, unaware,
That the lowest boughs and the brushwood sheaf
Round the elm-tree bole are in tiny leaf,
While the chaffinch sings on the orchard bough
In England – now!