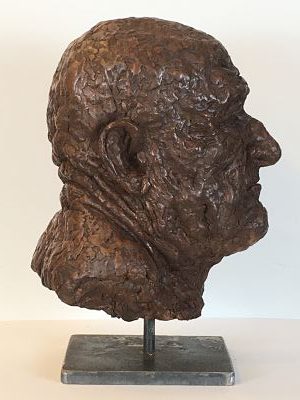 Tom reconnected with his lifelong interest in Sculpture some years ago. He works from Studios in London and near Blythburgh, Suffolk. His pieces, usually displaying strong mark-making, are executed in clay and are generally figurative. Exhibited in London 2016/17/18/19.

Tom Brent/Urban Resolve Ltd offers consultancy on Property and Design projects. Experience enables us to observe and advise clients impartially, without affecting contracts or relationships with their executive teams. URL is also involved with its own property and furniture design projects from time to time. 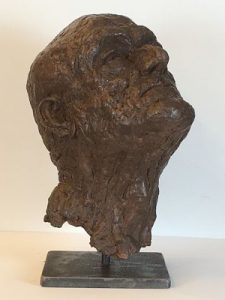 mas Brent Associates became incorporated in 1986 after some years as an unlimited Architectural and Chartered Design practice. The practice philosophy was to provide imaginative creative Design solutions of integrity and commercial value. The company grew steadily, engaging over 20 Designers and Architects at its offices adjoining Tower Bridge, London. In 1990 a second office was opened in Liverpool, which offered the urban renewal skills acquired from working in and around the regenerating London Docklands. It was a challenging period. Through the long recession of the 1990’s, the Company maintained itself as a boutique practice with up to 6 Architects and Designers offering expertise in the bespoke new build and listed residential sectors. In 1997 despite a strong ongoing workload, a deliberate move was made to cease offering clients a full Architectural and Design implementation service, focussing on Consultancy instead.

Tom Brent qualified as a Chartered Designer after five years study at the City of Guilds and Hornsey Colleges of Art and Design. Concurrent with the later years of education he was fortunate to be apprenticed in the traditional manner to the Architect Piers Gough, one of his various tutors at Hornsey. TB remained apprenticed for 5 years to this acclaimed and highly talented office. At the time of TB’s degree show at Hornsey, three privately commissioned projects were at various stages of development and these became the foundation to starting his own private practice some years later.

Tom Brent MCSD BA(hons) is married with three children and lives in Suffolk and London.