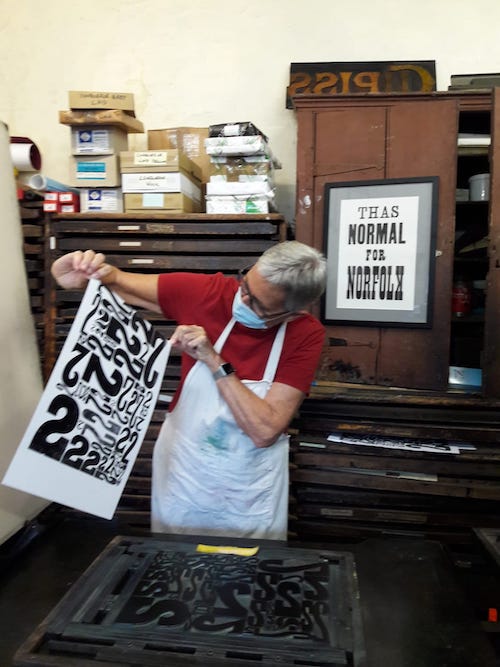 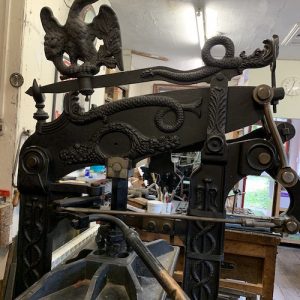 To say that Cupiss Letterpress is a hidden treasure of Diss is a bit of a cliche but true nonetheless, and all the more so because it’s closing down after nine years shy of two centuries in business.

As part of our Two Rivers Book festival, we were offered free guided tours for the day. John Harding, who’s worked there since leaving school and 55 years later about to retire, was our host. The imposing mechanical printing machines contrasted with dusty Victorian decor and piles of print paraphernalia, an historic assemblage of past logs and equipment most of which with unrecognisable functions. 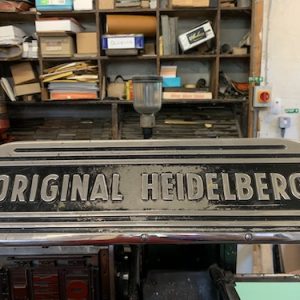 Inside the workshop, sited at the top of a track in the middle of Diss, John welcomed us and explained that the original business, established in 1830, wasn’t printing but for mixing and distributing a home-made medicinal horse “digestive”. The original recipe, in popular demand throughout the 20th century, was invented by the first Mr Cupiss. He needed to print labels for the dispensing bottles, and rather than find a supplier, he purchased his own printing press. As the demand for his horse digestive declined, so the print works grew and became a locally significant printing business. 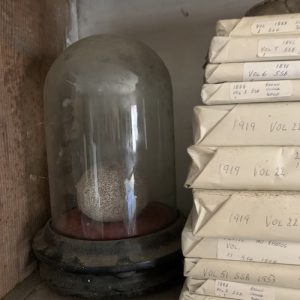 This bell jar trophy, is a stone passed by a horse in the early 1900s having successfully been treated with
Mr Cupiss’s horse medicine. Next to it a complete set of the Suffolk horse society’s stud books dating back to 1885, each one hand wrapped and ready. As with the demand for the horse medicine, the stud logs have also declined as machinery replaced working horses. And today the digital revolution has replaced the need for the mechanical print business. 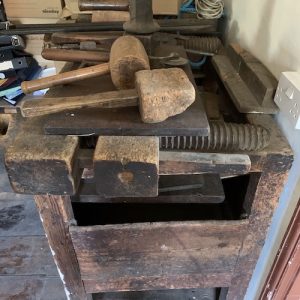 For me the overwhelming sense of a living history and indeed my learning on the day, was in the huge array of fonts and lettering. Tray upon tray, both beautiful and functional, the variety of fonts made from wood and lead were immaculately if chaotically stored. The wood ones hand carved, some acting as 3D ‘shadow’ had a fascinating appearance. The ‘upper case’ trays being capitals and the ‘lower case’ trays being, well, lower case. Another commonly used term originating in the printing business is ‘form’ which is the frame that holds individual letters in place ready for print.

John gave me the opportunity to run a pre-set form through the 19th century printing press, which involved inking up and rolling under the press using nothing but cogs and levers.

The first electrical press, purchased in 1950, stood next in line to the 1830s mechanical press. Behind these, in a rough back extension, were a couple of computer screens and digital printer which have replaced the entire works. Cupiss of Diss is both a working museum and modern print shop. The old printing presses are used by artists and for specialist print work. Now it is on the market for sale, it will be interesting to see whether it remains in Diss or is split up and re-located to new owners elsewhere. I left the hour-long guided tour feeling I’d just been part of something really unique and unlikely ever to be repeated; an unexpected delight of W&BA’s 2021 Two Rivers book festival. 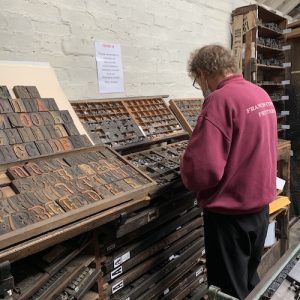 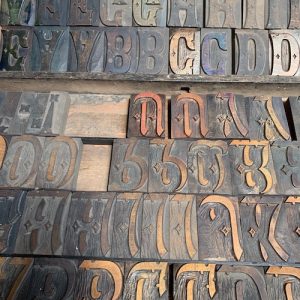