You are here: Home / Uncategorised / Seraphim 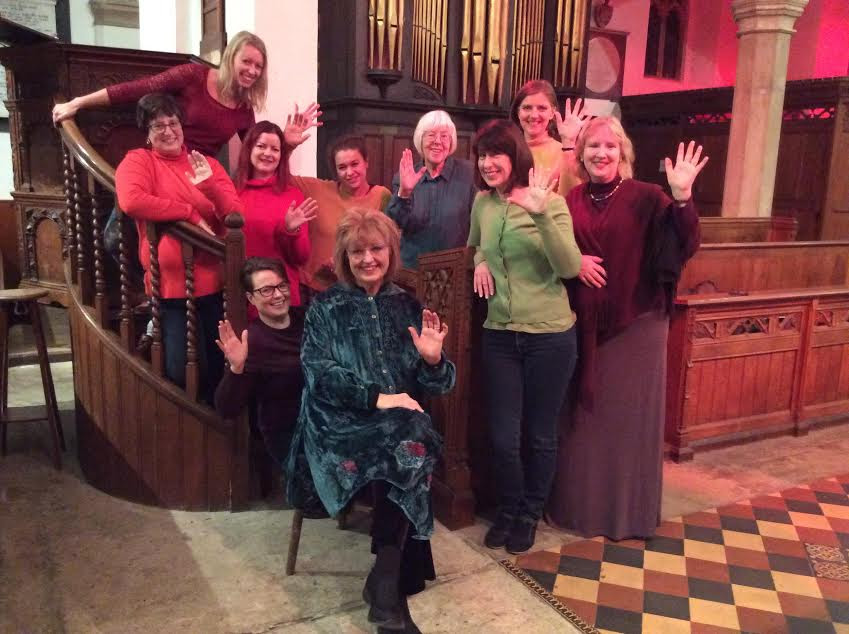 For centuries, society kept mum about the work and creative achievements of inspiring people, simply because they weren’t men. Now, in the centenary year of the enfranchisement of millions of women, Suffolk’s highly acclaimed, all-female vocal group, Seraphim, will sing out in their honour.

The concert featuring a specially devised programme of words and music by, about and for, unique and talented women, past and present is to take place at St Peter’s Church, Westleton at 5 pm on Sunday 18th March – just a week after Mother’s Day itself.

“Virginia Woolf observed that women were anonymous for most of history,” shares Seraphim’s director, Vetta Wise, who has hand-picked the works to be performed from eminent composers throughout the world. “It is a gift that we have the opportunity to share the wonderful works composed or arranged by women, from medieval nuns to modern day independent voices, and it is an honour to give them the due acknowledgement and presence they deserve.”

“So many of these women played important roles in families, religious orders or their own social circles, but ownership of their talent was seemingly denied and suppressed.  It is truly surprising how so many absolutely amazing works have been ‘dumbed down’ or got ‘lost’ under the radar over the centuries merely because their creators were not permitted a real voice in society.“

The Seraphim concert will include works by Fanny Mendelssohn, who in her lifetime and beyond, went by the name of Fanny Hensel, so that her impressive compositions did not overshadow those of her husband. ‘Hidden’ French writer – also in her centenary year – Lili Boulanger, is to be featured alongside Emily Bronte, plus exciting living composers like Carlotta Ferrari, Ana Fernandez and Suffolk composer, Bridget Cousins.

As well as the unique a cappella sound of Seraphim’s nine incredible voices, the celebration will include accompaniment and solo performances by renowned local pianist, Karen Smith.

Tickets (£13.50 including post-concert refreshments) are available now from Westleton Stores and the box office 07763 527239/ tickets@seraphimvoices.uk